A downloadable game for Windows

After a bout of motivation, SAPROPHYTE is now playable start to finish. It always was a simple project, but please excuse any brevity due to me diving back into old garbage code when I already forgot how I set up all kinds of stuff.

Inspired by Zygote (Oats Studios), The Thing, Alien, etc... and graphically inspired by Laser Squad for the Spectrum.

You use gamemaker too? Noice.

does this support controlle?

But when monster appears first time, player have too few time to react.

Is the game finished and needs no more updates?

Honestly it's a miracle it's finished at all, considering how bored I get with anything after making the basic mechanics :P

It is said that the saprophyte learns. which spooked me a little but i still want to know if that is true. Because of that, instead of running away from it in the first encounter with the humanoid host, i shot it and proceeded to hide behind some objects and watch the enemy to test it's a.i. (something i do in almost every horror game with an active killer).

I noticed that when it came back, saprophyte would move around randomly near the last spot it had seen me. After a lot of waiting, i moved out to continue the game... saprophyte found me and landed a shot. I quickly got away from it's line of sight and observed the a.i. randomly moving around nearby again, but this time it was shooting aimlessly (perhaps it's because it learned that shooting was the way to go?). Well, after that encounter, i never saw the enemy again, for the rest of the game, so could that be because it only learned to patrol the areas it had seen me in?.

My question is: "Does saprophyte actually have adaptive a.i./something similar or were these events coincidential?" If the a.i. IS in fact as i described, good job man.

In my opinion, artificially intelligent antagonists are the way to go in horror games. The problem is that, In the beginning, i was actually scared of the thing, but saprophyte just couldn't find me later on, so i lost the expectation of encountering with it again and lost my fear.

About the other stuff: I like how minimalistic the game is, simplicity is great for the atmosphere and made me immersed; The movement controls in grid is a bit weird at first but overall not a problem; It's cool to see games inspired by Metroid Fusion, i barely find these.

Sorry for the extremely long comment, i wanted to give you some details of my playthrough so you can learn from what was (probably) flawed.

I enjoyed the short game :)

Thanks for the feedback, and for playing :)

The saprophyte's "memory" is limited to being able to open tiers of locked doors, as well as assuming the form of the story-specific corpse in the Talisman AI Core - while its AI was the best I could do at the time, it's nothing too special.

The saprophyte AI is designed to patrol randomly, with a bias towards tiles it hasn't stepped on recently, and head towards new doors or yummy corpses (or the player of course) if it has line-of-sight. It uses invisible "heat" AI objects to determine if the player has recently been somewhere, used a Terminal, or opened a Door, so it does have some limited capacity to remain in an area you've been in recently. But the saprophyte's "intelligence" is, for the most part, smoke and mirrors :) But I'm happy that it can be mistaken for more clever than it really is :P

The sad thing is, there's a good chance you didn't see it again because it was thinking it was really sneaky and hiding behind a pillar waiting to ambush you... but you never came :/ like having a birthday party alone... (It hides behind foreground tiles based on simple conditional & collision checks)

Oh yeah, i forgot to mention how he hides behind objects, one time i kept waiting a lot for it to come out of a pillar until i realised that was intentional, pretty nice.

I absolutely love this game. Stumbled upon it on YouTube, ironically while I was re-writing a sci-fi/horror novel that also happens to be inspired by Alien and The Thing. Great Game, great atmosphere, and probably the simplest game that actually has me terrified anytime I play. Excellent job!

The game's atmosphere reminds me of amnesia the dark descent!  Well done!

Who doesn't like a nice bit of being helpless and trapped alone with a fleshy abomination?

Saw this on Alpha Beta Gamer's channel, this is amazing. We need a full game, pronto.

(Also, I would really like to adapt your game into a tabletop adventure if you would allow it)

:) I'm very curious about how a tabletop adaptation might work

You rock! Thank you for your hard work!

My plan for a tabletop adaptation would be to make an adventure based on the existing game, compatible with 5th edition Dungeons and Dragons. I'm not sure how familiar you are with DnD but I can see all the ways your game and DnD would mesh!

I might've already cobbled together a Saprophyte stat block for player encounters ;)

Next step is for me to make a game-accurate map of the Talisman for players to refer to! Got my jumbo grid out and ready to copy from the latest Alpha Beta Gamer vid!

saw this on alpha beta gamer's channel. unfortunately i'm on linux so can't play it myself, but this project looks really interesting. i love the monster design and the atmosphere you've made, good stuff!

There seems to be a crash bug. When you trigger the station's self-destruct, the game suffers a fatal error.

Thanks for the heads-up, and for trying it out :) I also should have removed the Rifle pickup right at the beginning...

No worries! I saw this on Alpha Beta Gamer's Youtube channel and decided to give it a try. Looks pretty fun, all things considered!

Should be all fixed now :)

Downloading! Thanks for the fixes!

Reply
Phaine of Catz2 years ago

Trying to self destruct for me did not throw an error, but if you did it while the system is off you can't escape the menu and you have to restart. 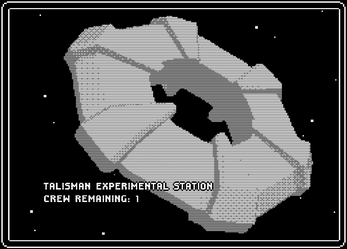 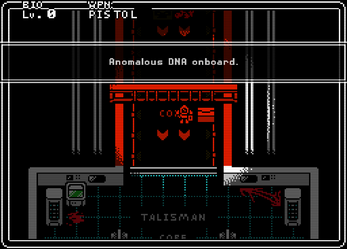 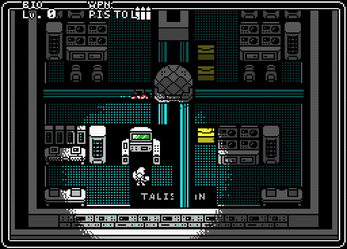 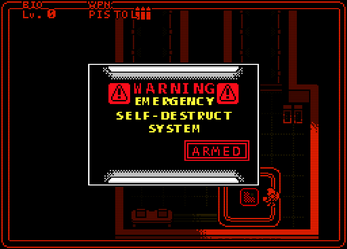 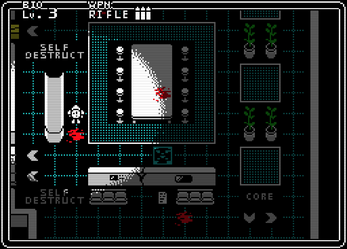