A downloadable demo for Windows

Hii, I've made a video about your game and wanted to share it along with some feedback ^^, hopefully it is useful to you :D

-The concept of the game is pretty original and I really like the beat-em-up gameplay style but implemented in a different way that I'm used to.

-The gameplay mechanics are really solid and the only thing I would like to see implemented are a few extra visual indicators to show the player how to use the special and a few details here and there around combos.

-Visually the game looks amazing and I really like the design elements used to differenciate the zones in the game.

In conclusion, the idea is great and I hope you keep working on it. Hopefully this is useful for the development :D, also if you could subscribe that would help me a lot :)

So I loved this game, and did not know there were other cheetahmen back in the day until after my playthrough! Need more old school games like this!  Here is my video!

Great video, thanks for playing :) Glad you appreciated pickup up all the weapons

Looks like I should give Boss #2 a HP buff :P Thanks for playing (again), glad you found the new combo moves

(also, all you need to do to go through an exit is let go of the d-pad)

With all the upgrades you can find the 2nd boss could be pretty easy to beat. You added to the demo so we had to play the new stuff and the combos are fun to mess around with.

Yeah the next time we play a new demo or the full game whichever your doing next then we should get through the doors easier.............maybe.

I laughed, I cried...I learned to love again.

Seriously though, this was pretty cool. Would love to see more of it! You took a terrible NES game, and made it into something...good...The Nerd would be proud of 'ya.

Thank you :) I plan on working on this some more, possibly adding to the mythos of the Cheetahmen. I'm thinking they should have their own vehicle since the Ninja Turtles have a custom van - maybe a Safari Jeep?

Also I found a way to use tiles for the arenas, instead of re-using the same big ol' sprites, while keeping all the janky code for depth sorting and such. So stay tuned :)

Righteous! Good on you for figuring out how to use tiles instead, sounds like less of a headache. Cheetamen vehicle? Good gravy...awesome!

<3 I was hoping you'd co-op this. And I'm taking the anguished cry after beating the boss & getting sent back to the main menu to mean "please make more of this game"? :D

You gave the option to play 2 players so we had to try it and yes we want more after finishing the demo.

Guess we will have to play it soon

Really fun little beat-em-up. Managed to beat the boss as well. My only criticism is that I wasn't entirely sure when I could hit him without him blocking. Maybe a little more practice will solve that. Also, how do I do a special ?

Other than that though, fun AF. Love how pushing enemies into walls damages them as well.

Thanks for trying it out, glad you had fun :) Enemies bouncing against walls was surprisingly tricky to get working right in code, but it was worth it

I guess these should be communicated more, but Special is Attack & Jump at the same time, and the Robo Knight only blocks if you hit him front-on while he's in his idle/traversal animation

LOL Who'd thought you'd target the Cheetah Men!?
XD
You're full of - great - surprises Wilson!
I'm sure this will kick ass - just like all your releases!
Thanks for this! 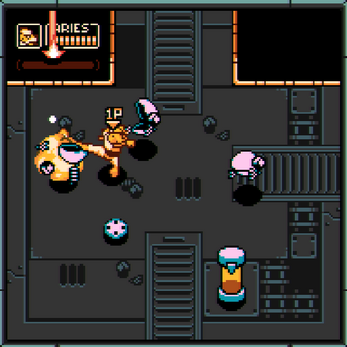 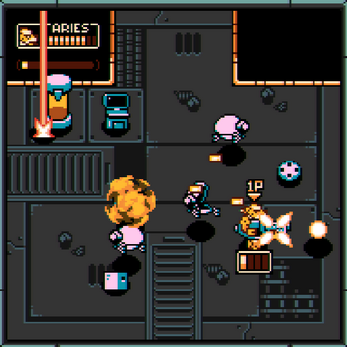 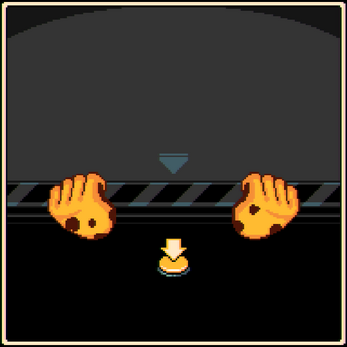 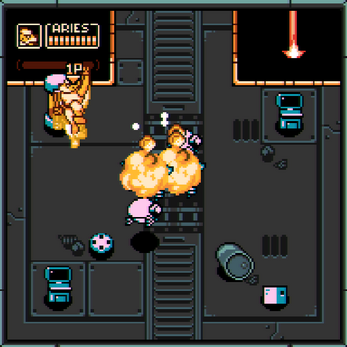 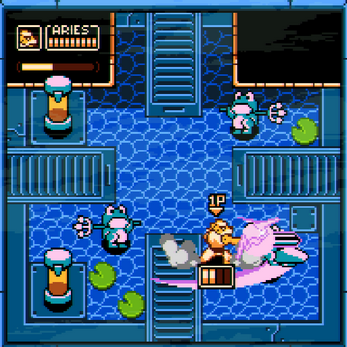 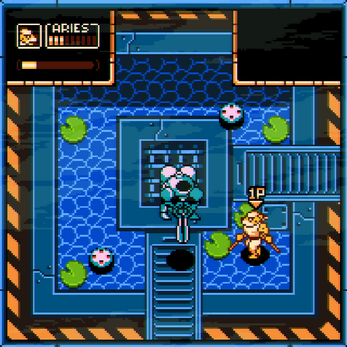